Getting the job done right Since 2006

The point of our story at Harness is the same as our point of life: transformation.

We could bore you with business history, dates, and milestones but none of that really matters compared to the transformation our company has been part of. From a child taking delight in creating mountains in the backyard sandbox, to our bulldozers repurposing unusable land to a functioning neighborhood, and developing our employees into leaders. Our purpose is to “build people, move dirt."

Read about our leaders below and check out our blog for additional perspective.

Be a part of something special. Harness is growing and you might be the next piece to the puzzle.
Harness Careers 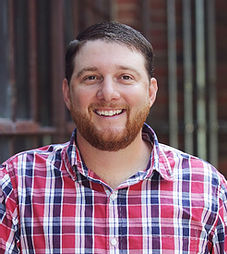 Ben grew up on a farm in Southeast Iowa and started his first business working with horses at the age of 10.  After moving to Middle Tennessee in 1996, he managed a heavy equipment rental location that gave him tremendous exposure to the site utilities and grading industries.  With a strong work ethic and incredible aptitude with people, he decided to branch out on his own and formed Harness LLC in 2006.   Ben enjoys the process of turning unusable land into something that becomes a place for life to happen in communities.  His expertise is in job oversight and business development.  When he’s not working, he enjoys hunting, riding horses, and spending time with his wife Melanie and their two children. 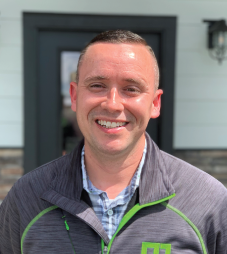 In March of 2021, Jason joined Harness as our fulltime internal accountant. Jason is a native of Middle Tennessee, currently residing in Lewisburg with his wife Jennifer and their two children.  As a Veteran, he served in the Tennessee Army National Guard from 2006 to 2012 and deployed with the 278th Armored Cavalry Regiment to Mosul, Iraq in support of Operation Iraq Freedom.  After earning a B.B.A in Accounting from Middle Tennessee State University, he joined LKQ Corporation as an Accounting Systems Administrator. During his time with LKQ, Jason had the privilege to be a part of many nationwide and global financial projects.  When not working, Jason enjoys spending time working on projects around the home and cheering on the Titans, Vols, and Predators with his family. 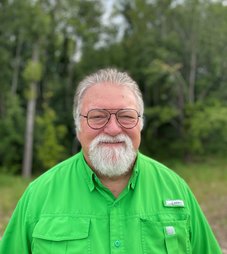 Craig is a graduate of CSU Fresno School of Engineering with Emphasis in Heavy Construction and has 44 years’ experience in site work including grading and underground utilities.  Craig has joined Harness LLC to help grow and expand the company while bringing his expertise in the most modern methods of design and pricing. Craig offers a wealth of construction experience and insight from his years in this industry, having been a part of the vast changes in methodology for evaluating, estimating, and executing all kinds of projects that he has been strategically involved with.  His free time is spent with his wife Kimm motorcycling, jeeping, and enjoying life in Middle Tennessee which he calls “God’s country”. 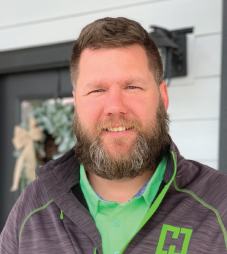 Ray considers himself a native of Middle Tennessee, having moved here as a young child. He began working with a family concrete business when he was a young man and at 13, he decided he wanted to attend a private school.  He worked multiple jobs to pay his tuition and upon graduating, attended a bible college, majoring in pastoral theology. He started his own plumbing company in 2003 and was owner/operator until he joined the local sheriff’s department in 2011. After three years on the streets working patrol, he was promoted to Chief Deputy. Ray joined our team as a Project Executive in 2020 and enjoys building community. His motto is— “If you want it, go work for it, and don’t take no for an answer”. In his rare free time, he enjoys Titans football, Predators hockey, and family time with his kindergarten sweetheart, Courtney, and their two mostly grown, fantastic children. 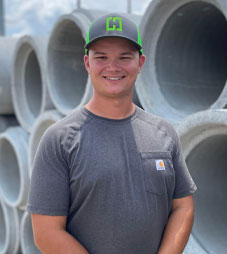 Corey grew up on a farm in northern Indiana and moved to Tennessee in 2012. With a strong work ethic developed at an early age, he was determined to accomplish any new challenge put before him.  Corey's ability to solve problems with creativity and ingenuity made him a key player leading future generations in the middle Tennessee market. He joined Harness in the fall of 2017 as an operator, quickly rising to management. Corey is best known for his positive attitude, industry acumen, and having the best drink cooler that's impossible for anyone else to open. When not working he enjoys watching NASCAR, offroading, working on his truck, and spending time with his wife Tiffany. 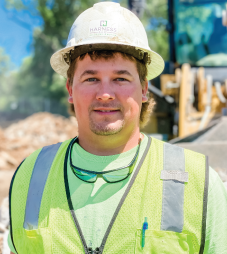 Josh is a native of Southwest Ohio, having moved to Middle Tennessee 2019 with his wife Monica. At the age of 24, he attended a Heavy Equipment Operating course at a trade school where he learned to operate and maintain various pieces of heavy machinery.  This began his love for the excavation industry and a passion to improve field standards.  He is a gifted Josh is a Lead Forman with Harness, joining us in 2019.  In his free time, he enjoys watching baseball, football, and fishing. 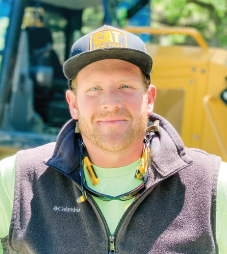 John was born and raised in Clarksville and comes from a long line of operators.  As a Lead Forman, he brings 15 years of industry experience. We value his drive and determination to get the job done right and clearly communicate. When he is not working, he enjoys 4-wheeling and playing golf. 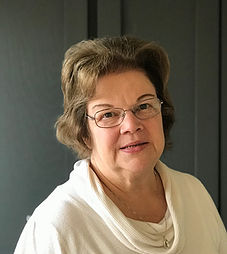 Joyce thought she'd retire after a 4 decade long career in nursing but Ben had other plans for his mom.  With her accuracy, dependability and a friendly demeanor, we knew she would prove to be just the right fit for our office.  Joyce manages our accounts receivable, payroll and general office duties.  She's of German ancestry and is famous for her homemade egg noodles and delicious pies.  Joyce enjoys spending time with her husband of 50 years, Randy, and their 4 adult children and families.

Check Us out on Social!

See what we do at harness everyday